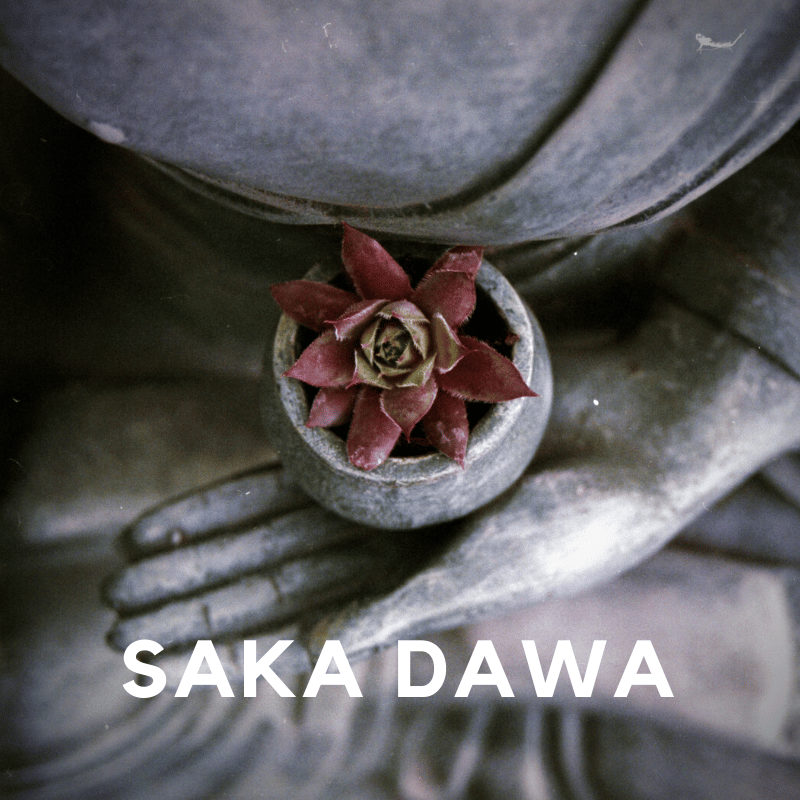 4:30am: Receiving Blessing of Vase Water and breaking fast with thin porridge followed by conclusion of 1000 Arms Avaloketishvara puja

You are welcome to attend all or any of the sessions but we encourage you to take the vows of the Eight Mahayana Precepts. If you have received before you can do in front of statue or image if unable to attend 4am session. If you have not received precepts before then please inform us and we will arrange for you to receive transmission. Without taking vows fasting is just suffering

Or email us at sedgyued@gmail.com 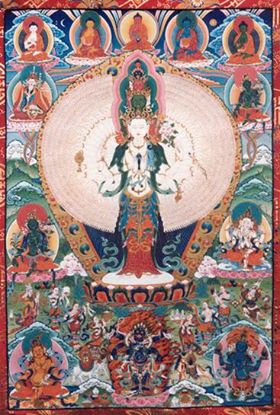 What is Saka Dawa ?

Saka Dawa (Dawa means “month” in Tibetan and the term Saka, comes from Tibetan astrology, and the Saka star which is associated with the full moon of the fourth lunar month) is the most sacred of Tibetan Buddhist holidays, We celebrate the birth (actually entry into mother’s womb), enlightenment and parinirvana (word commonly used to refer to nirvana-after-death, which occurs upon the death of the body of someone who has attained nirvana during his or her lifetime) of the Buddha Shakyamuni.

The merit of any good deeds that you perform during this month are considered to be multiplied many times over — by as much as one hundred million times — so it is an excellent time to dedicate ourselves to all kinds of spiritually positive actions.

Some good actions that are commonly taken to accumulate merit during Saka Dawa, especially on the 15th day, are:

*Refraining from eating meat
*Offering donations to monasteries or nunneries, or to individual monks or nuns
*Praying and reciting mantras (such as the refuge prayer, the Om Mani Padme Hum mantra, or the Buddha Shakyamuni’s mantra Om Muni Muni Maha Muniye Soha
*Making prostrations around holy sites
*Giving money to beggars
*Lighting butter lamps
*Making pilgrimages to holy places
*Buying all kinds of animals that are going to be killed and releasing them. (Fish, for example)
*Circumambulating around stupas or other holy places. (Basically, this means walking clockwise around a holy site while praying or reciting mantras.)

It is very common to take the eight Mahayana precepts for twenty-four, forty eight or seventy two hours during Saka Dawa, especially on either the full moon day or new moon day – the 15th day or the 30th day of Saka Dawa. The full moon day is considered to be more powerful for the accumulation of merit. Some monks and practitioners choose to observe these precepts for the entire month. The eight Mahayana precepts are:

Done with good motivation, wishing for liberation for yourselves and others will create vast amounts of merit.
If anyone would like to make offerings during this month the common offering for butterlamps during Saka Dawa is $3.00 for small, $5 for medium, and $10 for very large. Using the donate link below you can include any dedications or special request you would like read during the pujas in the comment box