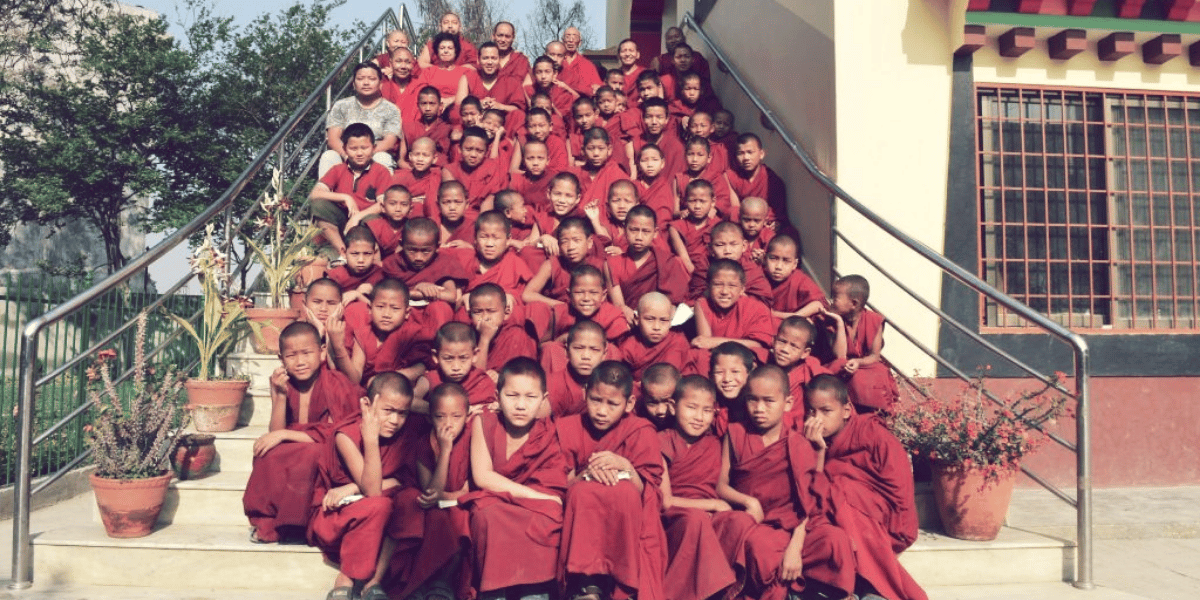 Segyu Gaden Phodrang is also known as Sedgyu Dratsang a Tibetan Buddhist Monastery founded in 1432 by Jetsun Sherab Sengge and his spiritual son Dulnagpa Palden Zangpo. It was the first institution that focused on the tantric practices of Vajrayana teachings in Gelug tradition.

Under the patronage of Se Depa Rinchen Tsewa and the charitable deeds of the line of Gyuchen, the Great Vajra Masters, this monastery has flourished in its activities of the Three Higher Training.
At this monastery, Jetsun Sherab Sengge and his disciples instituted an excellent foundation for Vajrayana Teachings such as Guhyasamaja, Heruka, and Yamantaka by the tradition of the second Buddha Manjunath Lama Tsongkhapa.
Now with a branch monastery located in Kathmandu, Nepal, it continues this legacy of preserving and promoting the Tantric teachings of the glorious Segyu Tantric Lineage

The venerable abbot of Segyu Gaden Phodrang Monastery, Khen Rinpoche Jampa Tsundu, was born in 1938 in the village of Yago, in the Se region of Tibet. His family name is Lama Drupkhang, and he is a descendant of the great master Lama Samten Reypa. His father, Fa TshePhun, was a village Chief and very skilled in this capacity. His mother, Ma Pyasa lak, was a very kind and courteous lady.

Traditionally, the middle son is ordained as a monk in the Tibetan community. Fa TshePhun was told by an astrologer that it would be very fortunate karma for this son to become a monk, so Jampa Tsundu was ordained at 9. He excelled in all subjects and completed all his studies at age 15.

During the Chinese invasion of Tibet, Jampa Tsundu fled to India.
For the next 20 years, this humble monk devoted his time to cooking for older monks, making Tibetan incense, and going to pujas at the newly founded Segyu Monastery branch in Kalimpong, India.
In 1979, at the advice of Kyabje Trijang Dorjechang; several other high Lamas; and at the request of the Segyu Monastery monks, Jampa Tsundu taught Dharma for the next six years. In 1985, he traveled to South India with the young Pemachoeling Tulku to receive teachings from Kyabje Zemey Rinpoche. Along with other high Lamas, he received many initiations (empowerments), transmissions, and explanations from his root Lama, Kyabje Trijang Dorjechang.
Jampa Tsundu began his journey to rebuild the original Segyu Monastery, which had been completely destroyed in Tibet.

He and his friend went to Dulnagpa cave (the cave of the great master Dulnag Palden Zangpo, where a naturally-appearing Yamantaka arose on the rocky face) to offer Tsog and pray. He then went to the Chinese regional office to discuss the monastery situation and apply for monastery reconstruction with the Chinese government.
In 1986, a sponsor offered land for new construction, and he traveled to Nepal to begin constructing the branch of Kalimpong Segyu Monastery. It took several trips back and forth to Nepal. Still, finally, with the support of Drubwang Ganchen Rinpoche and other sponsors, they built the monastery prayer hall and some residential rooms for the monks. On his fourth visit, with the help of his faithful students, Gen Kalden and other monks, they spent the next three months performing Guhayasamja, Thirteen Deity Yamantaka, and Heruka Sadhanas, among other rituals.
Over the next few years, Jampa Tsundu also made several trips to Europe, Thailand, and Indonesia. In 2012, at the monastery’s request, he took Abbot’s position and responsibilities at this great monastery. 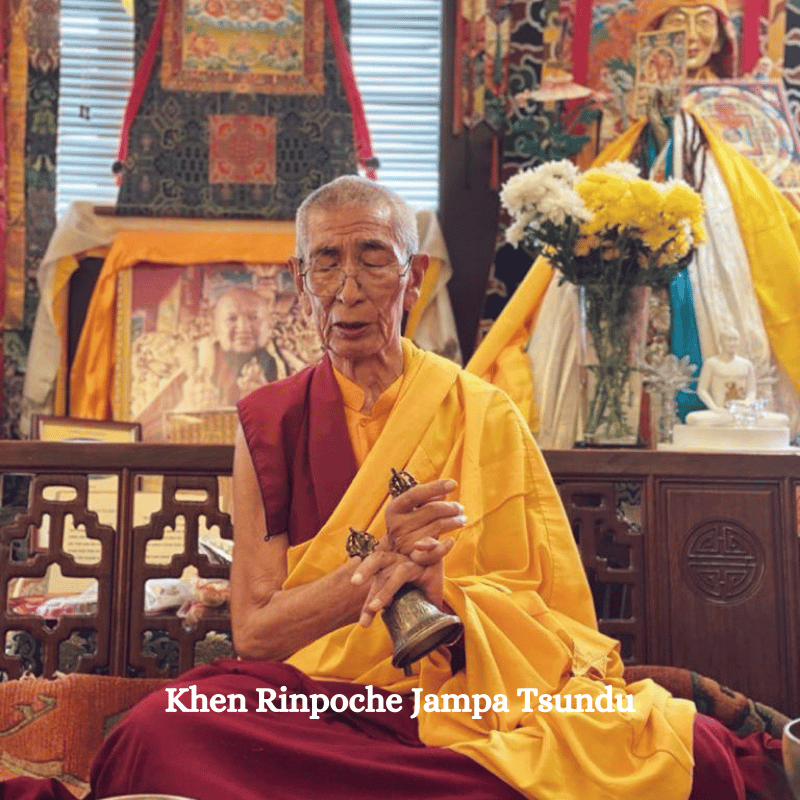 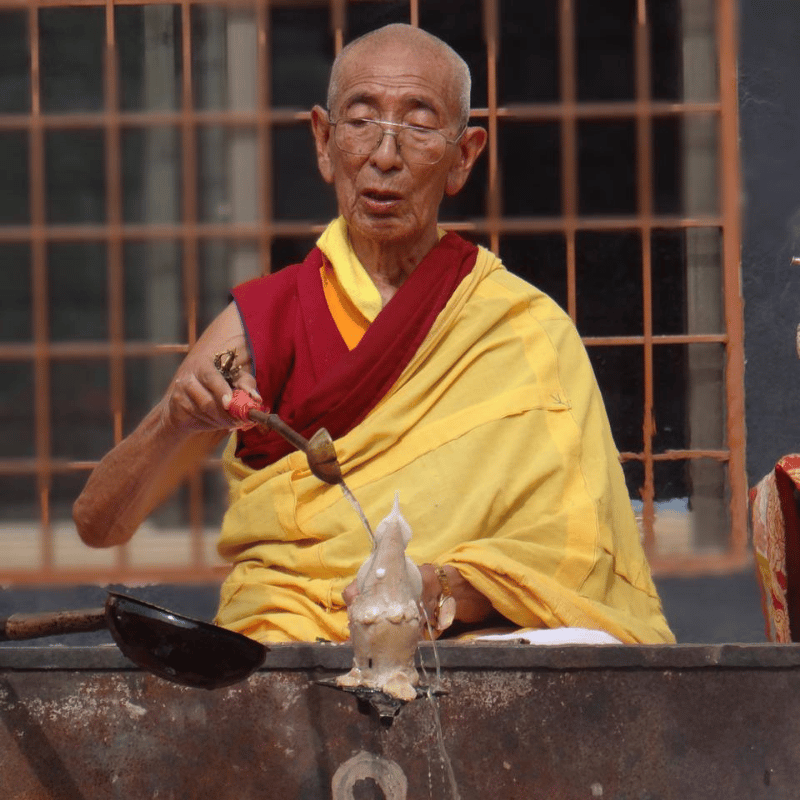 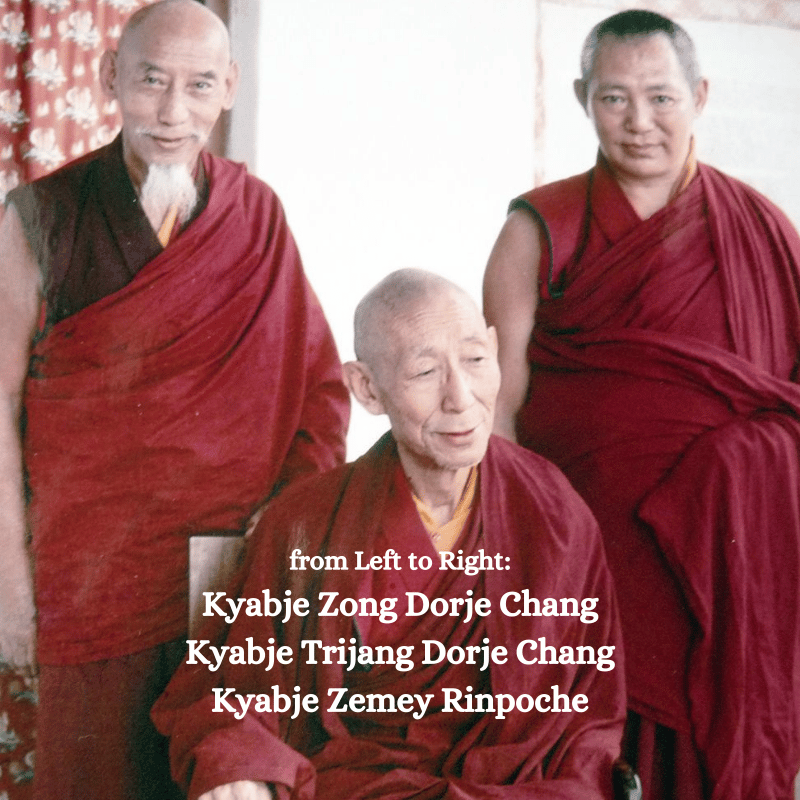